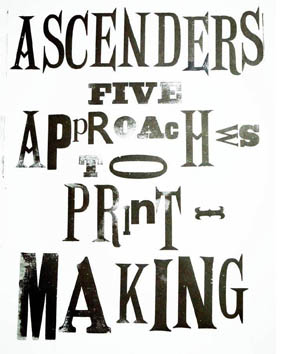 A group show by artists Catherine Haines, Becky Haughton, John Howard, Jason Lilly and Peter Fox. Brought together by their mutual love of print, they will present their new work in Back Lane West.

The artists involved all employ printmaking as a significant part of their practice. Aspects of their modern printmaking techniques include: monotypes, photo-etching, embossing, aquatint, drypoint, plaster print, etching and woodcut. All the elements of these works feed into the participating artists? notion that print is still a relevant and contemporary medium in fine art practice today.

Catherine Haines studied at Falmouth School of Art from 1997 – 1998, Central St Martins School of Art and Design from 1998 – 2002, and in the Printmaking department at The Royal College of Art from 2007 – 2009. Catherine was awarded the Villier David Travel Award in 2008, and has shown throughout the UK since 2003. She lives and works in Cornwall.

Haines works with moving images, print and installation that recreate moments in time. They are often staged repetitively in order to distil and produce something previously unseen or unrecognisable. They are frequently an accumulation of actions or images. Drawing from folk art and repetitious everyday habits, the works are a reflection on the expressions of self. 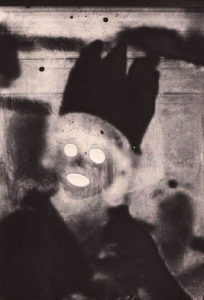 Becky Haughton graduated from University College Falmouth in 2006 and currently works there as a printmaking and 2D technician.

Haughton makes drawings and prints from personal and found photographs. With editing and invention she draws new versions of the original images, which are as much an exploration of the qualities of drawing and printmaking as they are construction of an experience of time and place. „I?m interested in the visual remembering of experiences that on reflection appear to have been very beautiful, sensational and poetic and how with each reconstruction these moments become more invented.? 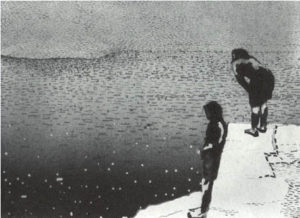 John Howard, R.E. was born Birmingham, 1958. BA(Hons.), 1st class, UCE, 1989. Elected RE, 1995.
Howard?s early work drew on his industrial experience, depicting the dramatic light on form and texture. He is passionate about printmaking in all its forms and now runs a
printmaking studio in an iconic eco-building, offering courses, workshops and open access to other printmakers. 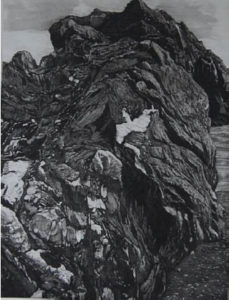 Jason Lilley studied at Falmouth School of Art from 1986-1987 and Newcastle-upon-Tyne from 1987-1990. Jason featured on the ITV and Channel 4 programme Elements. He has shown throughout the UK since 1986 and lives and works in his native Cornwall.

Lilley is best known for his paintings, however in recent years he has also gained a reputation for his etchings. The work?s narratives are implied through composition, handling of media, visual clues and picture titles.

Peter Fox studied at Kettering Technical College 1975-6 and Falmouth School of Art 1979-82.
Fox “is a painter and printmaker whose work is different from that of most other artists, for whereas theirs belongs solely to the world of studios and galleries, Peter?s seems to grow from some substratum of myth and rough magic quite outside the currents of his time.” (John Lane, Resurgence, Magazine.) 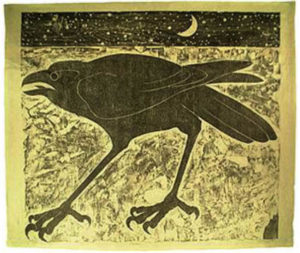 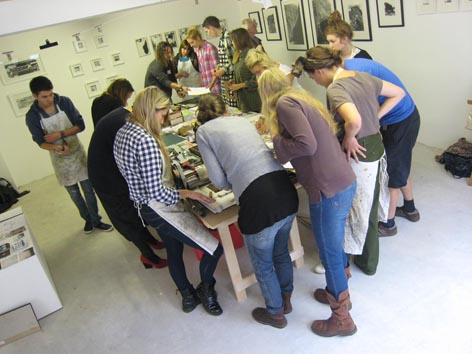