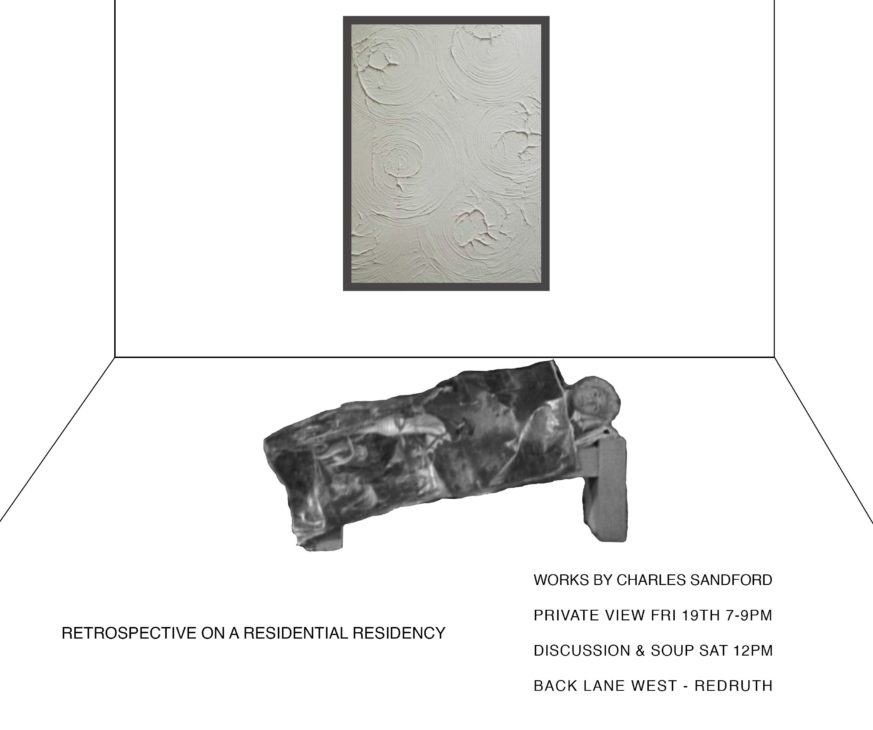 Friday 19th April – 7.30pm
As a culminating event to Charles Sandford’s residency, the artist will be presenting a selection of the work made during his month at Back Lane West

Saturday 20th April – 12pm
Soup and discussion with the artist: An opportunity to discuss/critique with the artist about his work and residency experience over a bowl of soup.

Rehearsing Neo-plastic is a documentation of a derelict motorcar shed, come dreamed-up Avant Garde conference centre in St Wenn, Cornwall. The film navigates an archive of sorts, fictive and real, meditating on strange props and sculptures, tools and machinery that have come to inhabit the derelict place. The moss grows on the sculptures born of utopian dreams, tools rust and the stage remains empty. The waiting becomes both object and content as the film pulls you into its dystopian theatre; whose mythologies were once affirmed but are now floating on a strange subconscious level.

How do we institute? How are we institutionalised, and to what extent? Are we, as Baudrillard comments, at the ‘Xerox Degree of Culture’ defined by ‘archeological fetishism that condemns its objects to become museological waste’? Am I instituting Now? Are we creating more Empires, Empires of the self, of the artist; has the smock of the aristocrat been replaced by the polo neck? Questions questions questions….

The performance ‘THE SHOW: INSTITUTIONALISE THE DAEMON’ seeks to embody these ideas, to make a double of the signs and styles that denote the above questions. 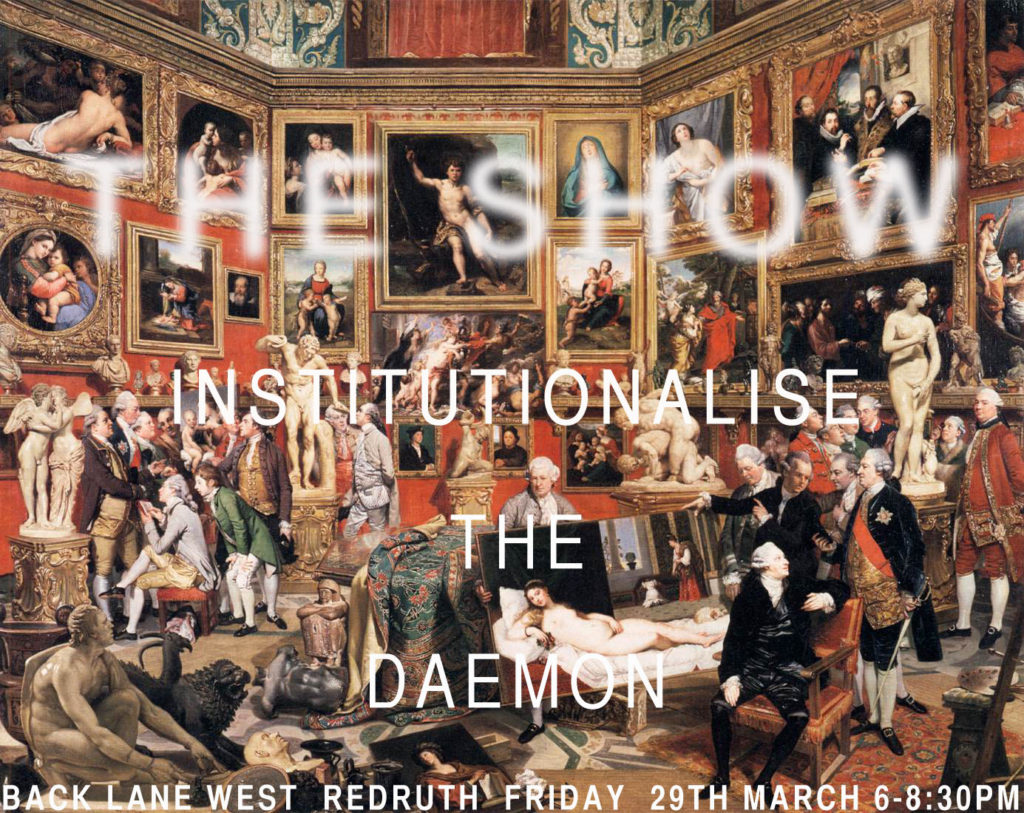