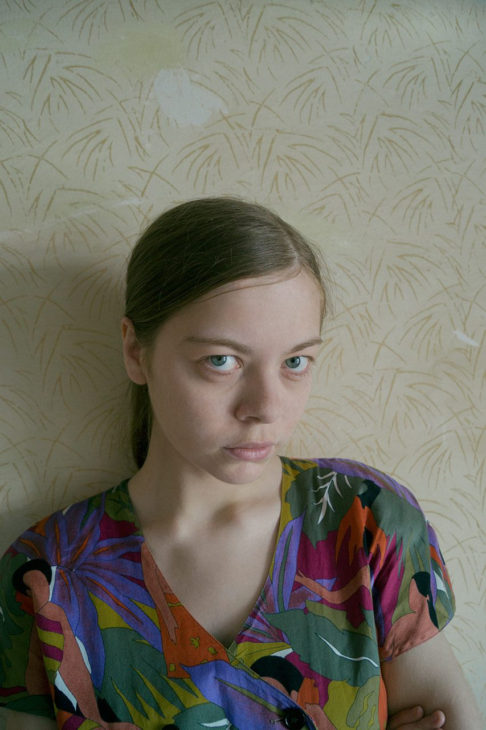 Self Portrait from series Beige/Green/Grey-Blue, 2016

A talk by Ukrainian artist Polina Karpova followed by a hot meal of Korean food.

Polina is a Ukrainian artist and designer who lives and works in Kharkiv, Ukraine. She was part of the Liverpool Biennial 2017, and has returned to the UK for a two week residency at Back Lane West and to re-visit Liverpool before her current visa expires in March. Polina’s main medium is photography.

The images below were made by Polina while in the UK. The first ones during her stay in Cornwall, and the second series from her time in Liverpool with the Biennial. The final four images are of her work installed at Liverpool.

The following text describes her approach to her time in Liverpool:

“I’m Boss” is an expression from a local scouse dialect, which means “I’m awesome!”.

Liverpool is the most ironic city in the UK. If I were asked to describe a city in two words, I would say that it is a podium and a festival. During the residency I was lucky to visit different parts of the country, but none of the cities had such a desire to stand out from the crowd in their visual look. I decided to devote my project to the local girls who are very frequent characters on Liverpool’s central streets.

They spend their free time in shopping in malls and can drop more than £35 for a single day’s makeup application in one of the salons on Dale Street. Moderate looks are not for them: they opt for dramatic makeup, long nails, heavy fake tan, and dyed blonde hair. But the main thing are eyebrows. Very wide. Also they never wear a coat in the cold autumn evening of Friday because the cloakroom costs £5, and for that money you can drink quite a lot. In addition to this, they are hard to understand because of their dialect.

Claire, Laura, Summer and Zoey — “the Liverpool Four” were not afraid of me, a modest person from “far away and unknown Kharkiv”.  Almost all of them want to be part of the art world and study art at the local university. They all responded to my proposal in almost the same way, along the lines of “I had such a lousy week, and here you are! Of course, let’s go take photos!”

I always felt some discomfort in their company, because within my outfit I was completely opposite to them, always without make-up and styled hair. Sometimes I caught an appraising glance from them: they did not like anything in my appearance besides my fake-fur backpack. I asked one of them to do my makeup, as she did it she complimented me and told me I had very nice lips, and I immediately remembered that botox is very popular in Liverpool.

This photo series is my result as a resident of SWAP UK:Ukraine artist residency program during Liverpool Biennial 2017 in October 2017. 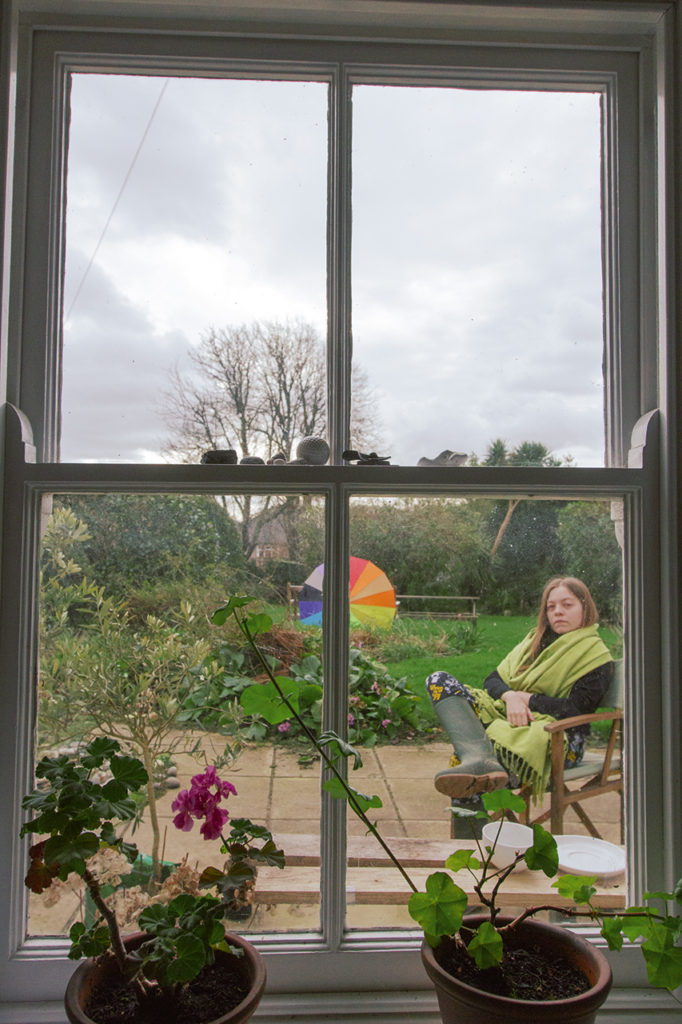 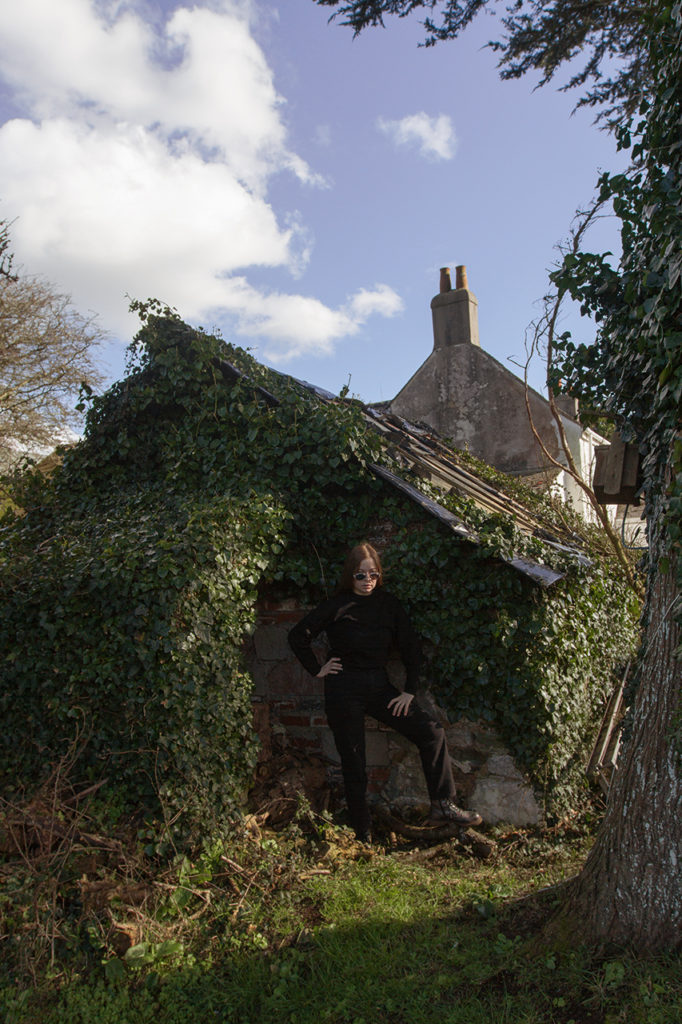 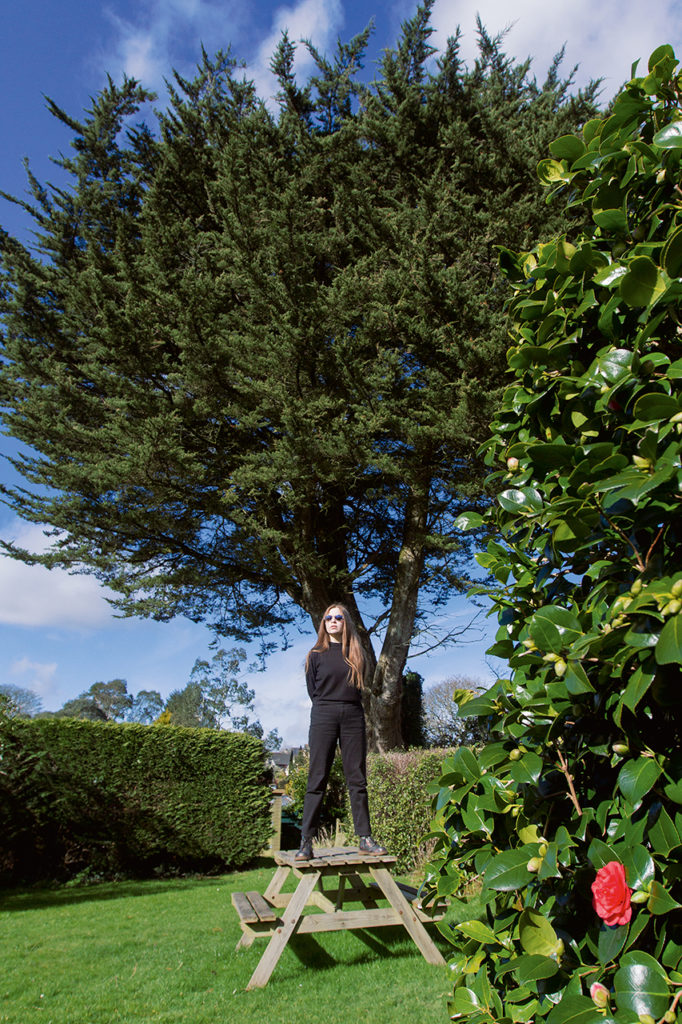 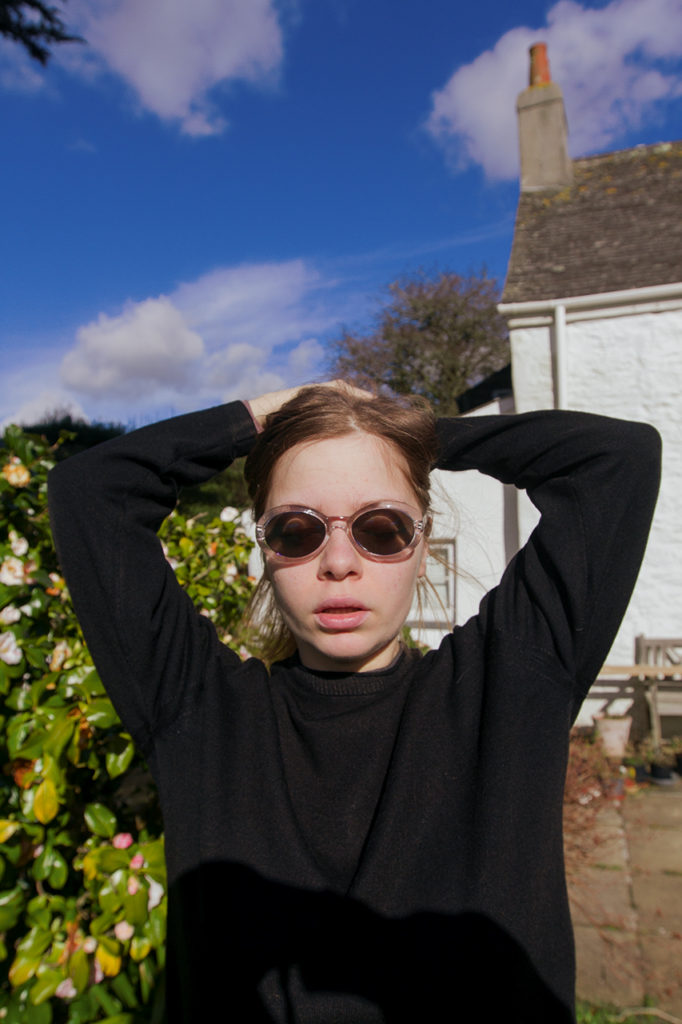 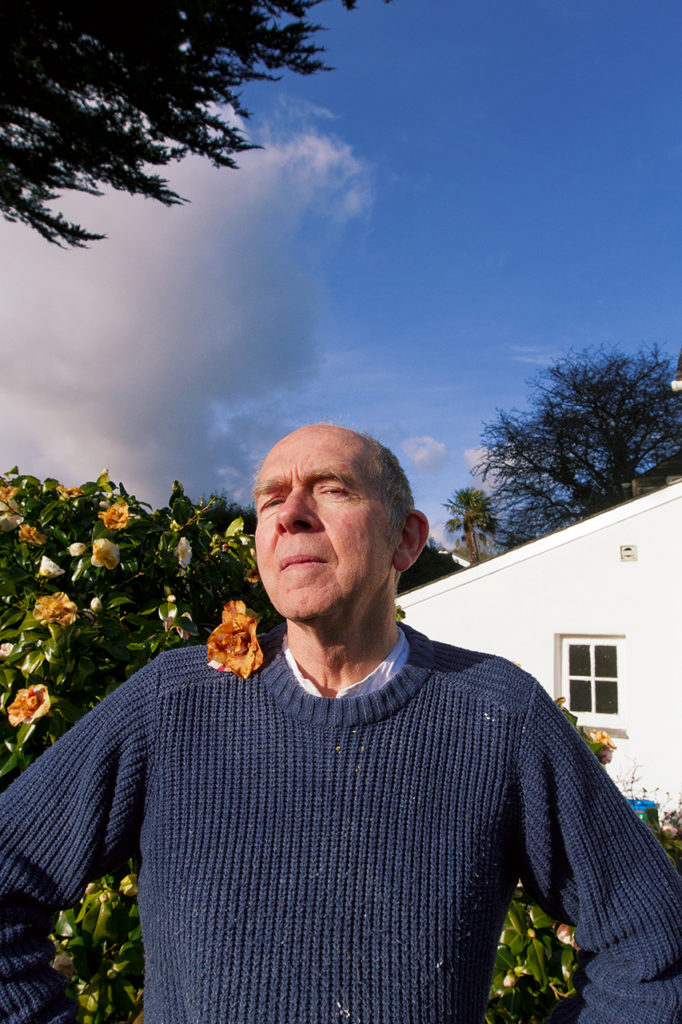 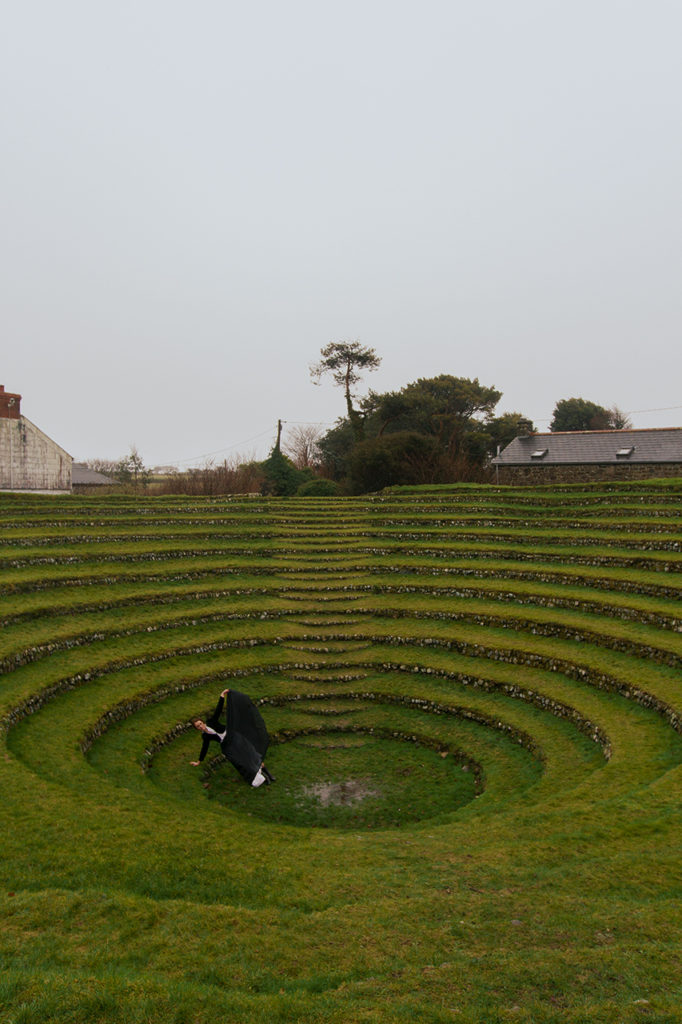 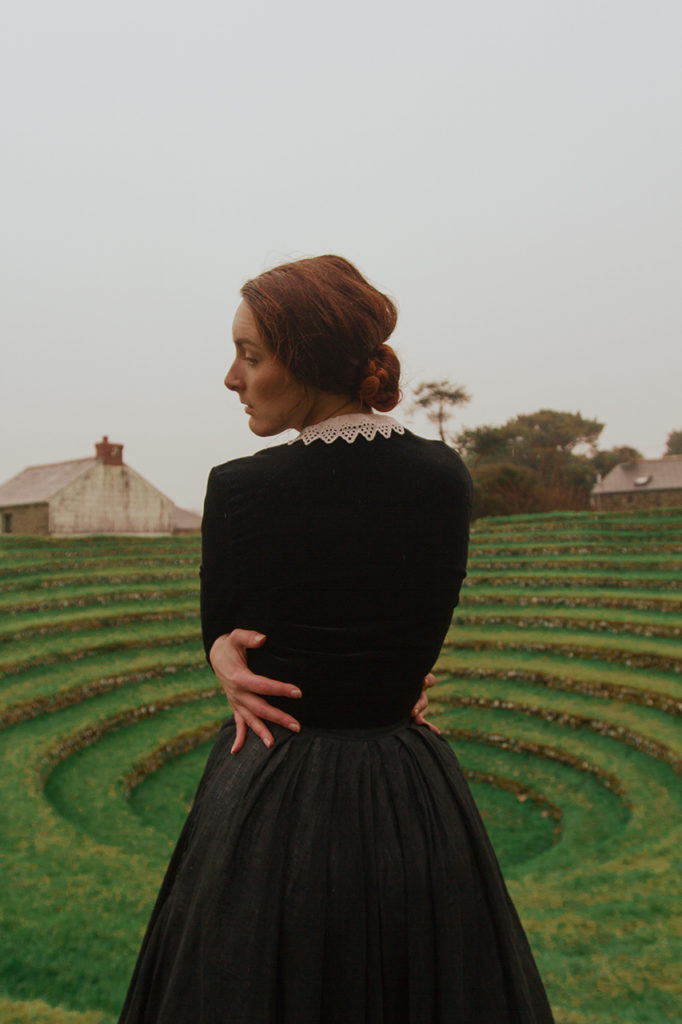 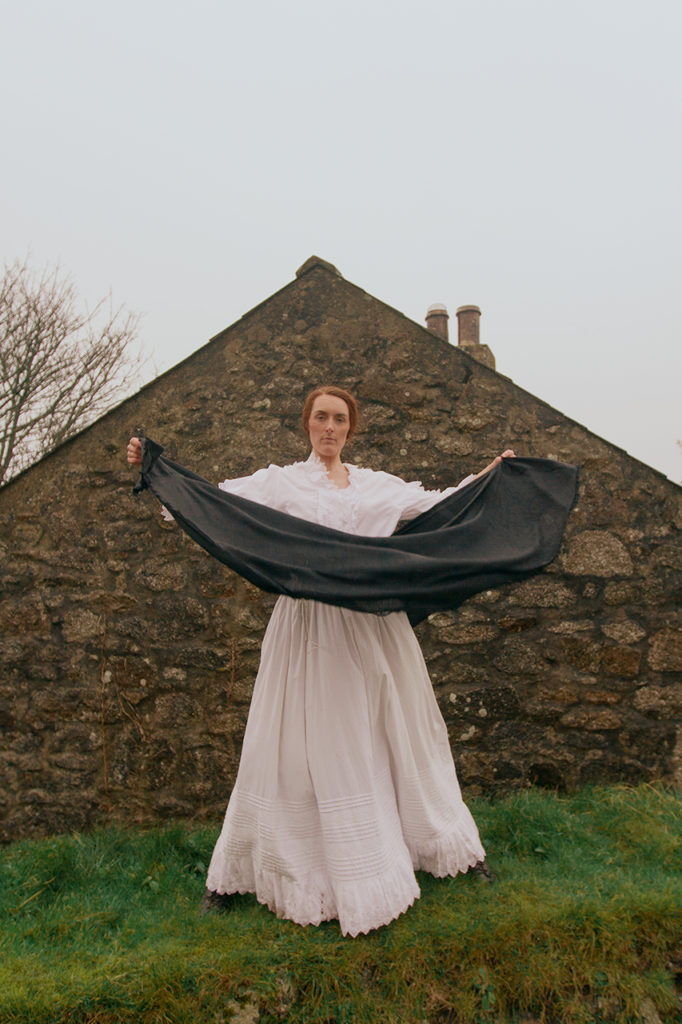 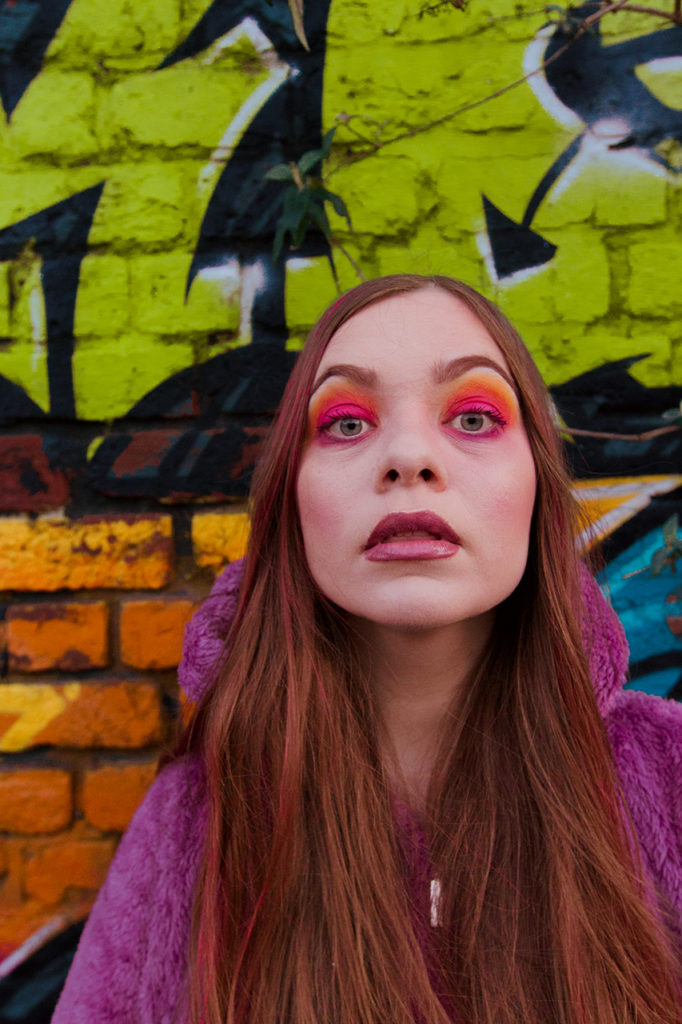 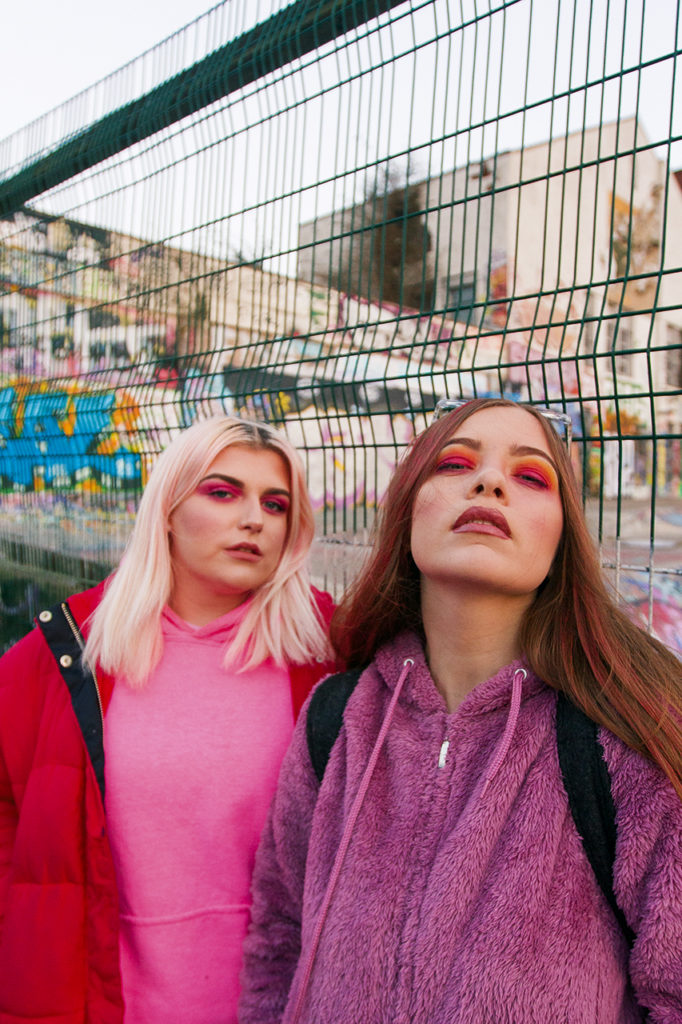 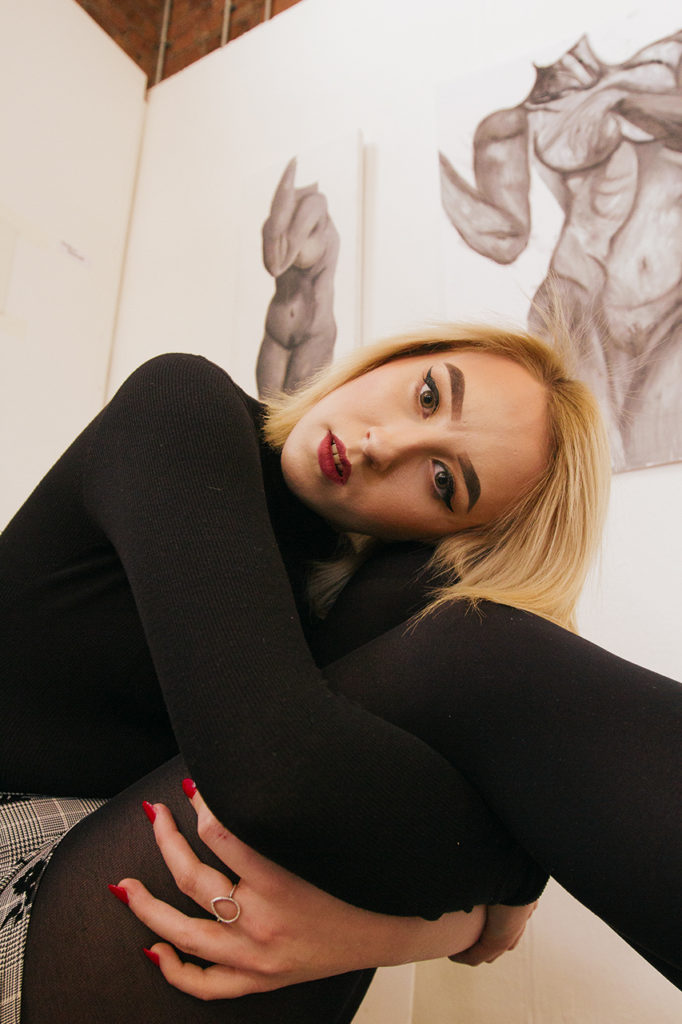 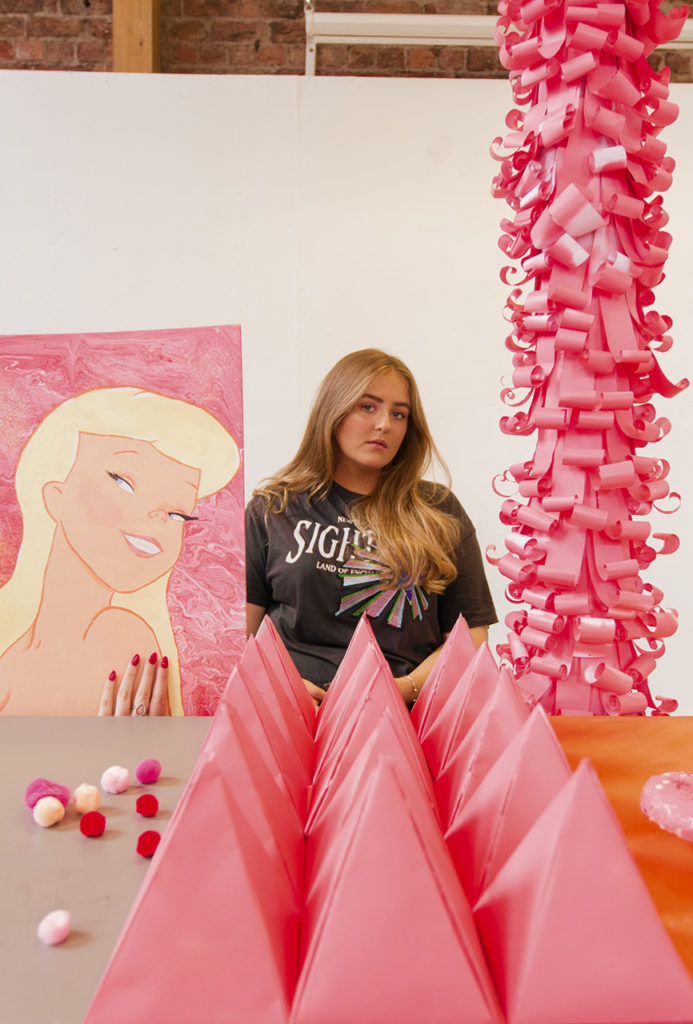 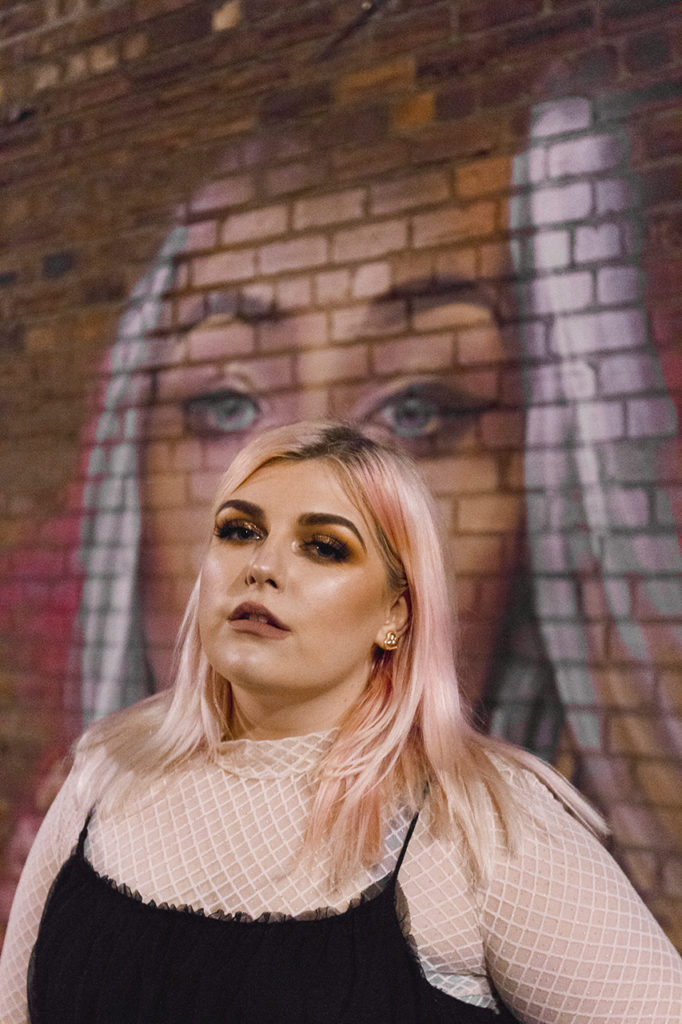 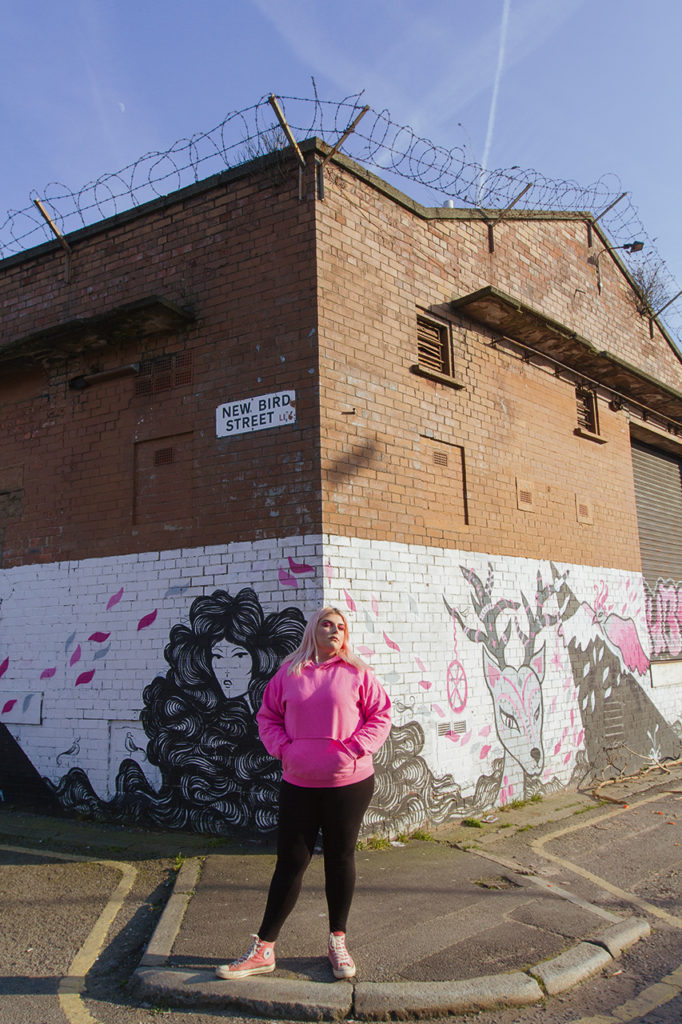 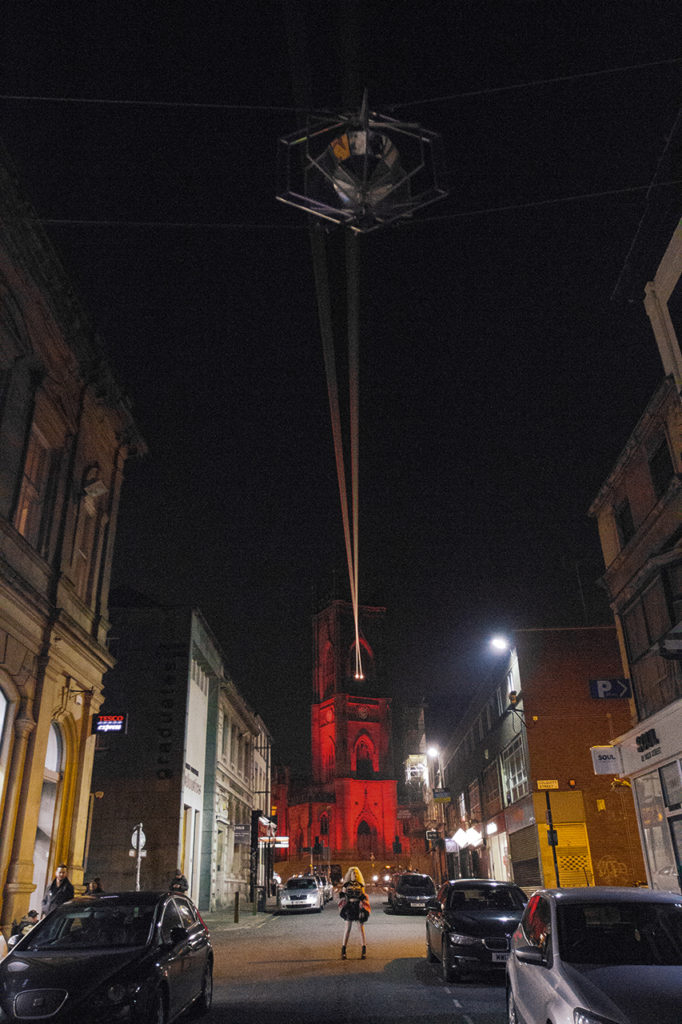 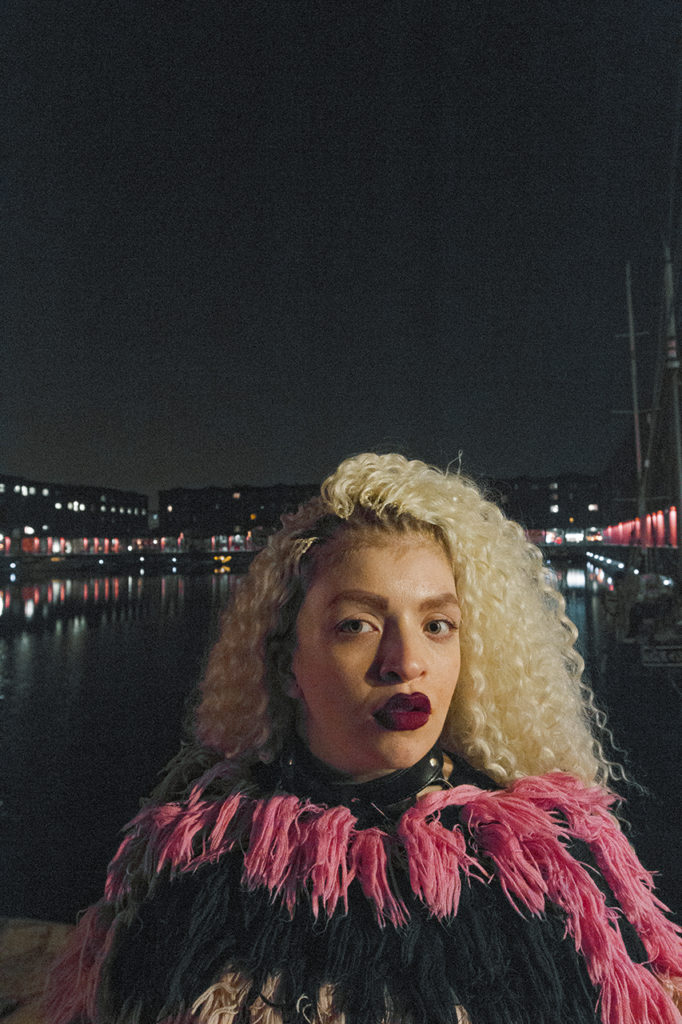 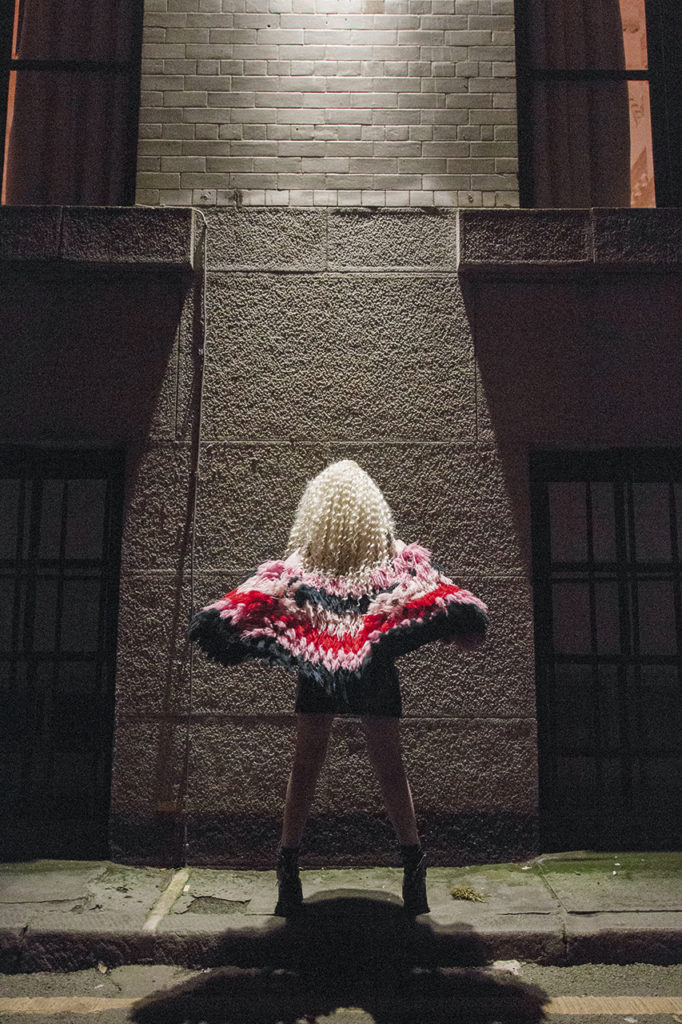 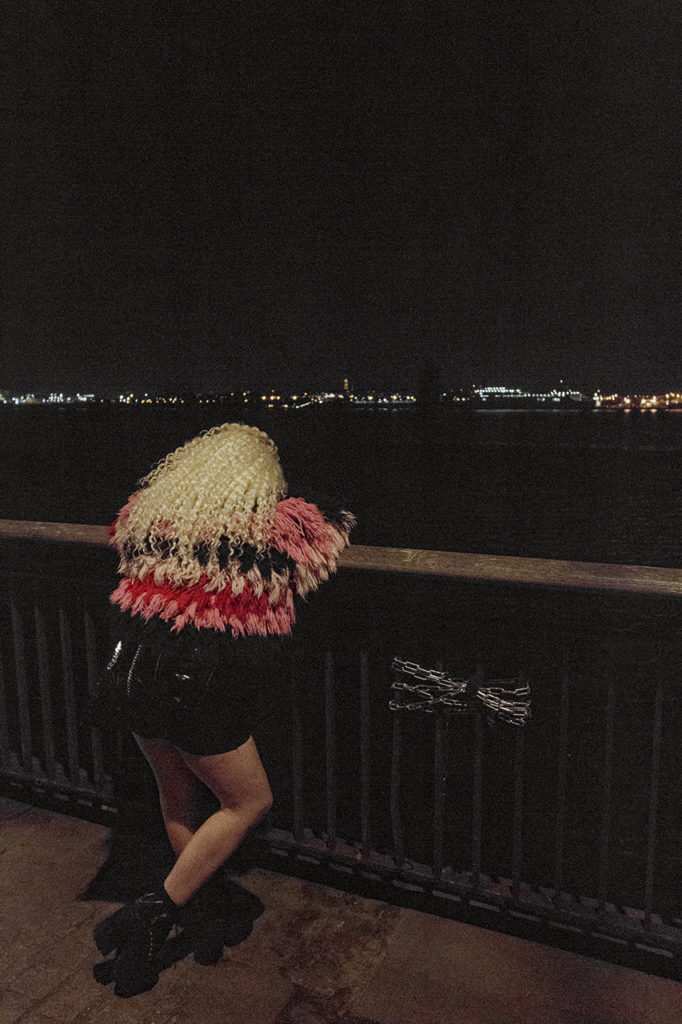 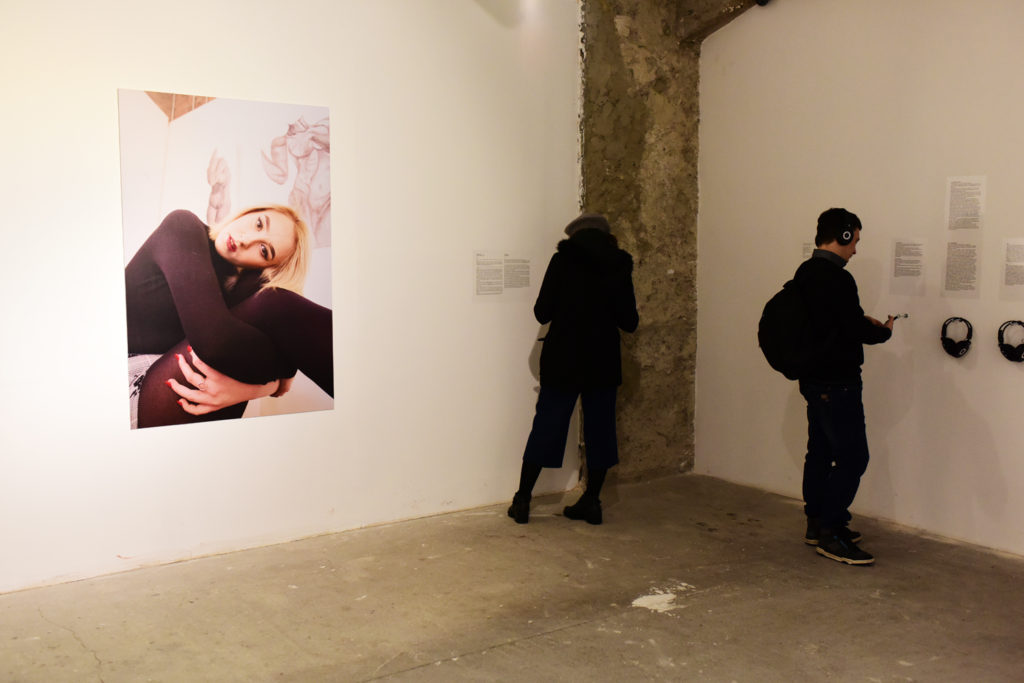 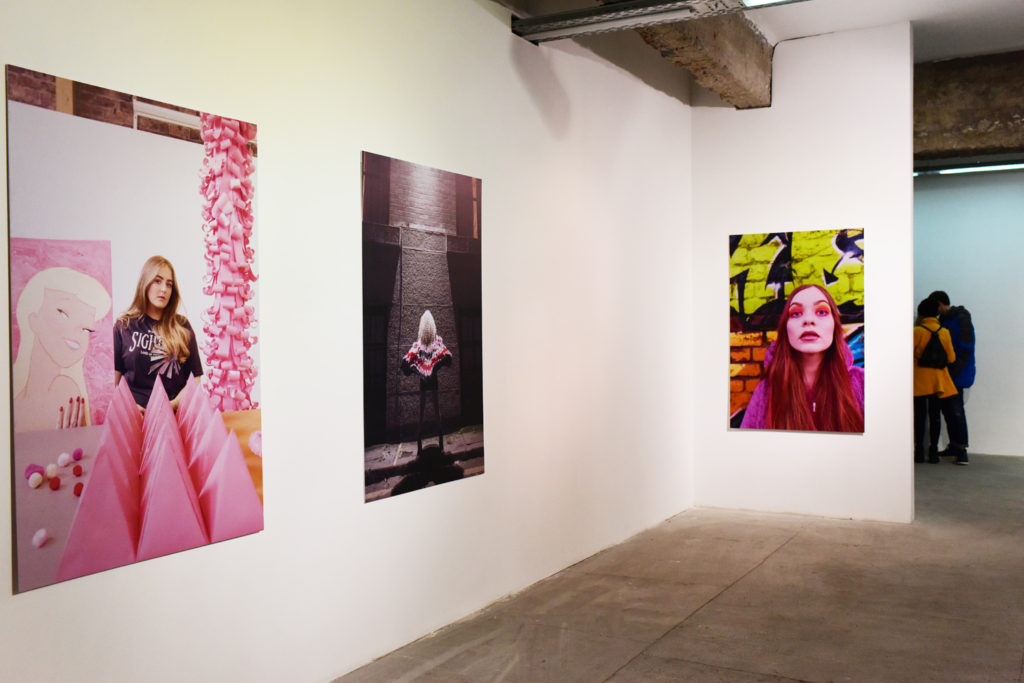 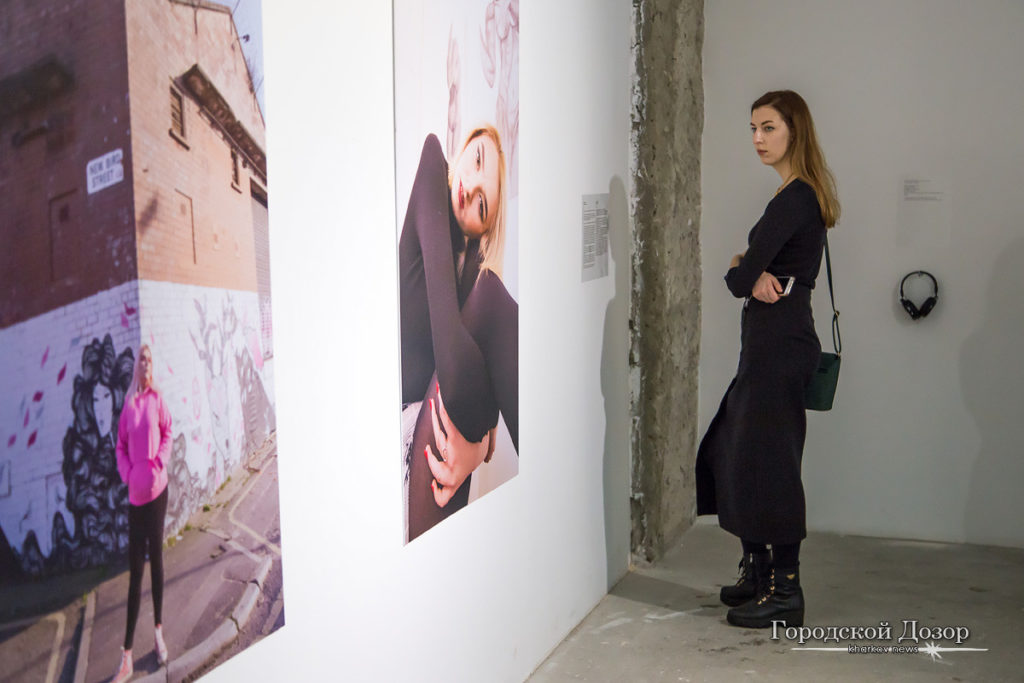 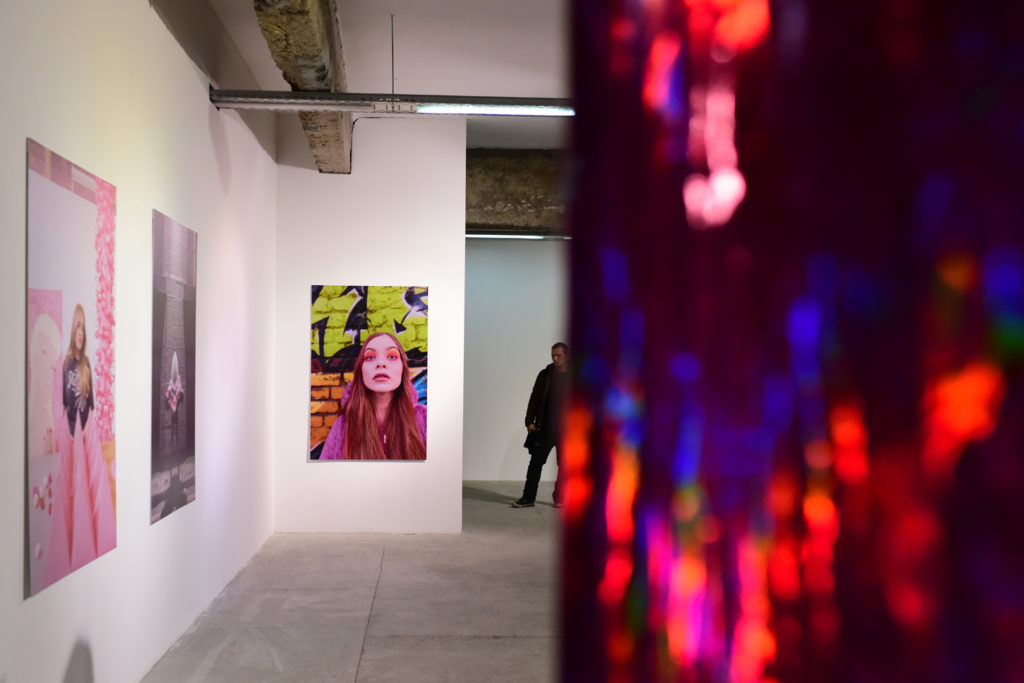 “Polina Karpova, born in 1992, in Kharkiv, Ukraine. My adventure with photography started in 2009. I graduated Kharkiv state academy of design and arts in 2013 where I learned the history of arts. At present I’m an independent photographer based in Kharkiv and remotely as a costume designer and stylist for musical projects and Ukrainian theatre productions.

In my creative practice, I usually turn to the personification of the aesthetic qualities of a particular location in the appearance of the model, as well as build a special staging solution and pick up a color palette that allows you to harmonize the character and architectural context.

My subjectively personal type of human beauty is “an eternal and very vulnerable child, dressed always strangely but elegantly, having a sharp, ironically positive view of the world”. At the moment, the most important topics for research are the theme of duality and uniqueness, showing this with the help of a series of self-portraits as a way of communicating with the viewer ‘directly'”. Polina Karpova